In the footsteps of Paul & Virginie in Mauritius 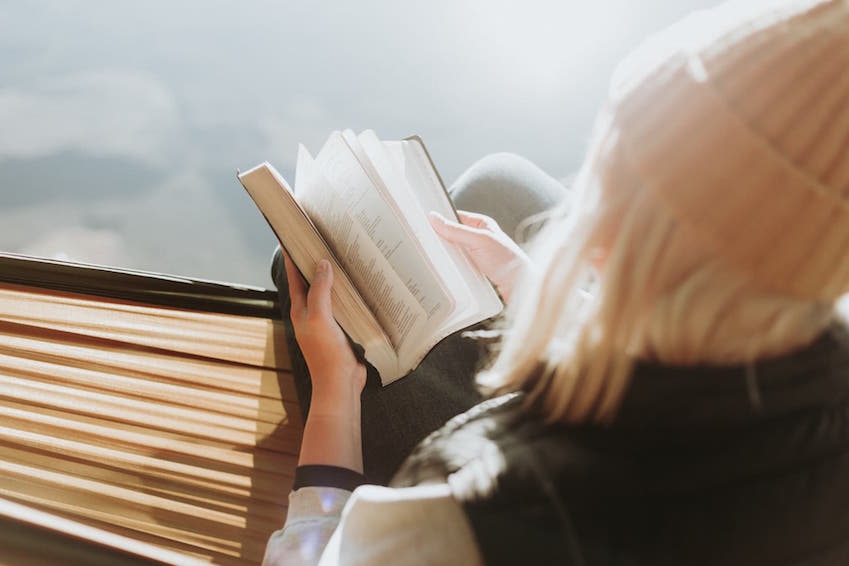 Paul et Virginie is a novel written by Bernardin de Saint-Pierre in the 18th century. The story takes place on the Ile de France, the old name given to Mauritius, and features two French women from the metropolis who settle on the island in shacks side by side. The two friends each give birth to a child, Paul and Virginie. They are raised and grow up together, but the two children, who soon become teenagers, fall in love. This idyll will face the departure of Virginie sent to France by her mother to perfect her studies. Paul having stayed on the island, the latter decides to return several years later, but will be the victim of a shipwreck.

The names of the main characters are simply those of the author's children. Bernardin de Saint-Pierre lived on Mauritius for a few years and therefore knows every corner of the island very well. It is a major work that is very popular in Mauritius. It is therefore not surprising to find his traces on the island. Many of the places mentioned in the book actually exist and you will also find monuments to Paul and Virginia. Here are the main places mentioned in the book or that pay tribute to his characters, located in Mauritius. During your stay do not hesitate to discover the references of this great literary classic.

The Cap Malheureux and Saint-Géran

The ship on which Virginie is on, the Saint-Géran, did indeed exist but its history is different. In the novel the boat is taken by a hurricane to shipwreck before the eyes of Paul, helpless on the beach who tries to save Virginie by swimming. In reality, due to a navigational error, the hull of this ship of the French East India Company breaks under the corals. The place where it ran aground is none other than the Cap Malheureux, which owes its name to the many shipwrecks that have occurred.
Not far from these places, it is on the Baie des Tombeaux that Virginie's body was found.

"On the eastern side of the mountain that rises behind the Port-Louis de l'Isle-de-France, one can see, in land that was once cultivated, the ruins of two small huts" wrote Bernardin de Saint-Pierre. It is therefore near this town that the characters spent most of their time. Not surprisingly, a statue of Paul and Virginie can be found in the Blue Penny Museum in Port-Louis. This marble sculpture, created by Prosper d'Epinay, depicts the passage from the book in which Paul helps Virginie cross the stream in the forest. An original edition is also on display. The museum houses a Paul and Virginie exhibition room where illustrations from the novel and works inspired by its author are on display. After your visit, as you stroll through the streets of Port-Louis, you may come across the Rue Paul et Virginie. 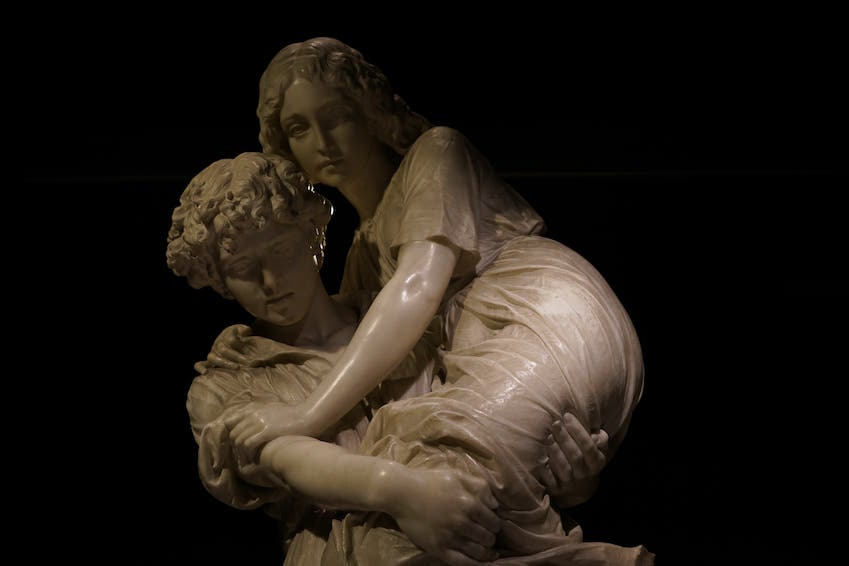 If you stay near Pamplemousses you will find two places referring to the characters. In the courtyard of the Church of St. Francis of Assisi, set on rocks, sit the bronze statues of Paul and Virginia. Placed in front of a bamboo background, the statues were unveiled to the public in 2005 and are the work of Suzanna Szemok. Then, in the Grapefruit Garden you will find the fictitious tombs of the two figures. The town of Pamplemousses is right next to the capital, Port-Louis.

In this small village you will find a bronze replica of the original Statue of Paul and Virginia on display in the Blue Penny Museum. It is located in the courtyard of the town hall, among other statues, all of which are classified as national heritage. The statue of Paul carrying Virginia in his arms is set around rocks.
Golden Powder
This monument erected in 1944 in memory of the shipwreck of Saint-Géran stands at Poudre d'Or. The novel by Bernardin de Saint-Pierre is rooted in Mauritian culture and this monument is therefore commonly known as the Monument of Paul and Virginia. If you wish to visit the village of Poudre d'Or, it is about ten minutes drive from Roches Noires.

If you wish to discover other books related to Mauritius you can read Le Bal du dodo.